This is the 7th post in a 21-day-blogging-challenge. It was supposed to be a “21 posts in 21 days” challenge but for me, it’s has been more of a challenge to create 21 posts before the end of the decade.

When Vi visited, we spent a lot of time in the Kanto area (around Tokyo) but we spared a couple of days to visit Japan’s old capital, Kyoto. We also passed by Osaka on our way back to Tokyo.

If you are in Japan, you must take the bullet train even though it can be quite expensive. We took the bullet train from Tokyo to Kyoto. Of course we got bento boxes for our lunch and a couple of drinks to wash it down as we prepared for a comfortable 2 hour ride. It went by so fast. We were the first to get on, that’s how we were able to get the shot below. By the time we took off, all seats were taken. 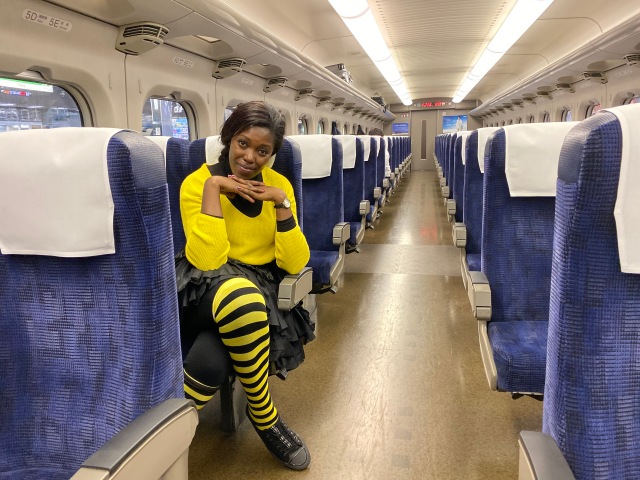 In the Tokaido Shinkansen from Tokyo to Kyoto.

We had taken the late afternoon train so it was dark by the time we got to Kyoto. I had booked us an airbnb near Gion, Kyoto’s most famous geisha district. We went to our tiny apartment to get some rest before going out to explore Gion. It was raining that night so perhaps that’s why we didn’t see any Geishas in any colourful kimonos. We so no Geishas, period. Instead, we drifted towards the sound and beat of music and ended up in a shisha bar where we danced to hits almost all night. The crowd was nice and friendly, a mixture of locals and tourists. For like the third time during this period, we got home as the sun was rising.

We were supposed to explore Kyoto the following day but we ended up staying in bed the whole day watching sumo wrestling on TV. It turns out sumo wrestling is really interesting. The wrestlers train for so many weeks for just a 2 minute match!

The day after that, we spent the morning visiting two major spots in Kyoto before leaving for Osaka: the Fushimi Inari Taisha Shrine and the Temple of the Golden Pavilion. We managed to see some beautiful autumn foliage too.

Second visit to the Temple of the Golden Pavilion in Kyoto

We found autumn in Kyoto

Afterwards, we had lunch then took a train to Osaka to catch the sunset on top of Umeda Sky Building. We also admired the Osaka skyline. It was beautiful sitting in a cafe up there, watching the sunlight fade out and the city lights start twinkling. Trains and cars zoomed down below in the maze of highways and train tracks, a kaleidoscope of colour. 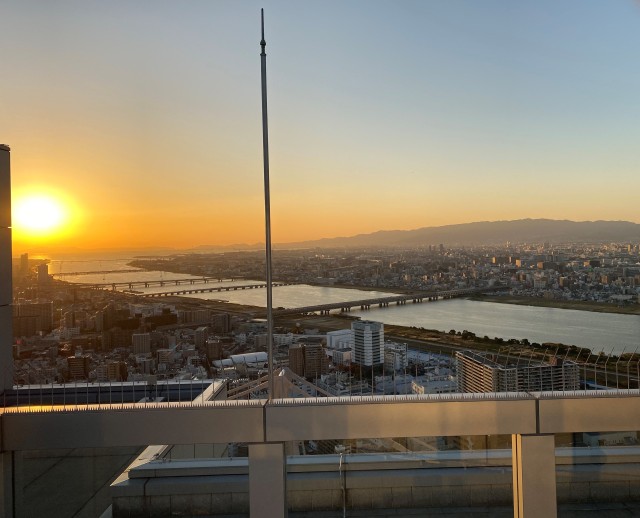 Chasing the sunset on top of Umeda Sky Building in Osaka

You can’t stop me now. 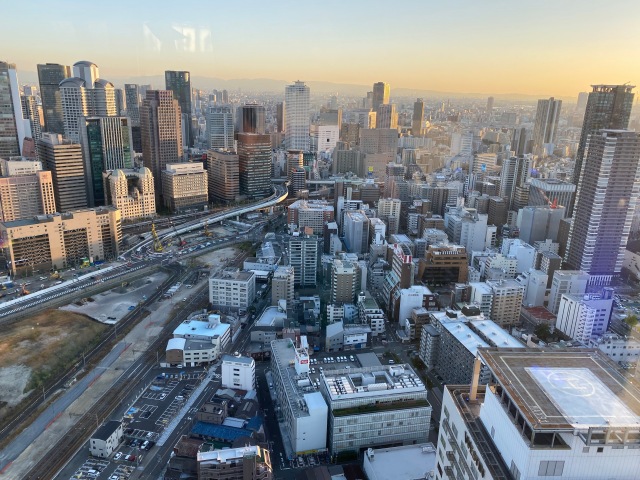 Can you spot the road that goes through a building in Osaka? Click to view large image.

Osaka at night. This picture doesn’t do it justice. Can you see the moving kaleidoscope of colour? Click to view large image.

Traveling around in Japan can be expensive so after shoving down ramen, we rushed to catch – not a bullet train – but a night bus that would take over 9 hrs instead 2. There was a flier in the back of the seats in front of us warning us of “economy class syndrome“, the flier advised us to flex our toes and stand up and stretch from time to time. This got us thinking of what this term means: economy class syndrome. Finally, we had a name that also adequately described the guilt we feel spending our hard earned money on anything other than the basics. When you grow up in scarcity, you find it hard to spend money later. That’s how I find myself loading my Suica – commuter card – with 1,000 yen at a time even when I know I would end up loading it again the next day. Instead of putting in 10,000 Yen upfront. This deserves it’s own post.

This is the end of the Vi in Japan series. I really enjoyed traveling around Japan, showing off the country’s charms to my friend.

3 Responses to Vi in Japan III: Exploring Kyoto and Osaka